India will shortly celebrate its 75 years of independence. It has been a long and arduous journey for a people ravaged by centuries of caste system, autocratic rule, feudal privileges, religious divisions, and colonial rule. Multiple and complex goals, including holding the country together, making democracy work, and bringing about social and economic transformation, have simultaneously occupied our attention. In the so-called successful democracies, these tasks were carried out sequentially. Over the last 70 years 'against all the odds', India has exhibited great grit and tenacity to make democracy work for the benefit of its people. Nevertheless, we still have a long way to go.

Today, Indian democracy is vibrant and real. People choose government leaders or remove them in relatively free, fair and periodic elections. They have access to sources of information that are not controlled by the government. They are free to express their views without fear of being punished by the government, free to form and join associations and engage in political activity to influence public policy. Political parties have the right to propagate their ideas and openly seek public support. Elected governments exercise real authority and are accountable to the electors. That India with a complex and plural society and huge population with relatively low income could endure as one nation and as a stable democracy is a tribute to the wisdom, commitment and hard work of the people and leaders of India. Democracy struck roots deep and wide on the Indian soil like a Bodhi tree.

No democracy in the world is perfect. All democracies evolve. However, the deficits of democracy are much more in India compared to other democracies of the world. Mere freedom of speech and expression and the right to vote are not enough for a good life. Democracy requires intricate mechanisms to establish links between individual interest and collective well-being, between demands for welfare and imperatives of development, between the taxes paid and services received, and most of all between authority exercised and accountability enforced. Since Independence, India took considerable strides in rising levels of literacy among its people, undermining the traditional structures of social hierarchy, and reducing poverty. However, what has been achieved is not enough. India is still the home for a large number of illiterates and poor people of the world. Of the 49 large economies of more than $200 billion GDP on a PPP basis, India ranks among the bottom five on most indicators: GDP per capita, life expectancy, infant mortality rate, expenditure on health care, mean years of schooling. We have a long way to go. Indian democracy is a work in progress.

It is not easy to make democracy work in a vast and developing nation like India. Nevertheless, India has the capacity, social capital, national cohesion, cultural and historical legacy, civilizational strength, skills and talent to make it work for all its citizens. If we continue to believe either in the forces of destiny or serendipity, our progress will be painfully slow and the risks unacceptably high. We need to move away from a culture of ‘vote and shout’ and engage in a dialogue on issues that matter.

Keeping this in mind, Foundation for Democratic Reforms, in association with the Indian School of Business and the University of Hyderabad, envisage to organize in the coming years a series of conferences to deliberate on the critical levers of change that need to be pushed to make democracy deliver better results. These conferences provide a platform to have conversations and dialogues between political leaders, civil society groups and social activists, media persons, civil servants, business people, academicians, and various other professionals. We call this forum “Indian Democracy at Work.” Such conferences will be a recurring annual event. Each conference will have a focal theme.

Theme for the 2020 conference: Money Power in Politics

The theme for the first edition of the Indian Democracy at Work is "Money Power in Politics". Money in politics has become pervasive from everyday party activity to candidate selection and on the date of polling, in the day to day functioning of government, policy manipulation for private gain, in running party machinery and affecting party defections. The presence of business persons and wealthy people in political parties and legislatures is increasing in recent years at such a rapid pace that political life has become highly money-based. As such well-meaning political parties and individuals who otherwise are public-spirited and want to enter politics face insurmountable entry barriers.

Money is indeed needed to maintain parties, contest in elections, and conduct election campaigns. However, over time, the volume of funds required for political activity has increased manifold. At the same time, ironically, governance failure also leads to an increase in expenditure. Furthermore, money is also used for illegitimate purposes of vote-buying. Unequal access to finances and the increasing role of money can have perverse effects on democratic health, including the reduction of trust and decline of legitimacy.

In this context, four sub-themes are worth exploring:

Political parties in India bear the highest burden of organisation building among all democracies. In every assembly constituency in a major state, for every major party, there exists a cadre of political workers who are increasingly mercenary in nature and are available to the public throughout the inter-election period. Most of these workers have no source of livelihood and are sustained by various means, either by funds from a wealthy local leader or via small contracts; transfers and postings; and collection of a ‘fee’ for services. This burden is at the heart of the political and governance crisis in India.

For most parties, there is no systematic process for identifying, nurturing and promoting political talent. The only effective leadership promotion is by setting up candidates for elective office. In the absence of credible process of candidate selection, money is the most crucial determinant of allocation of seats. As a result, our democracy is largely reduced to being a plutocracy. As wealth becomes the primary attribute for political office, many wealthy people are increasingly seeking candidature of main parties for elective office: there is no principle, ideal or vision that propels political recruitment.

In any democracy, legitimate political activity costs money – to run a party, do research, study issues, sustain think tanks, for travel, literature, publicity and public mobilisation. Given the prevailing culture of cash contributions, and the fear of retribution or extortionary demands from rival parties, donor prefer unaccounted cash contributions. Parties also continue to resort to archaic, high cost, largely ineffective mass mobilisation. They are forced to incur these enormous, unproductive costs for fear of being dubbed as ‘weak’, or not being taken seriously by the media. Print and electronic media take advantage of their vulnerability and have been habitually extracting vast sums from the candidates.

As people are perpetually dissatisfied with the failure of governments to deliver, and given the abject poverty of the bulk of the voters, parties have habitually resorted to vote-buying en masse. While large expenditure for vote-buying does not guarantee victory, non-expenditure for vote-buying almost certainly guarantees defeat! The net result is the creation of a huge entry barrier in elections and raising illegitimate costs of election exponentially. When vote buyer (candidate) and seller (voter) are colluding, there are no easy solutions to the problem of vote-buying. Enforcement of law is necessary, but not sufficient, and is unlikely to yield significant results.

The conference will consist of plenary sessions in which all participants attend. Invited speakers will speak, setting up the tone for panel discussions. There will be plenary sessions on each of the two days. 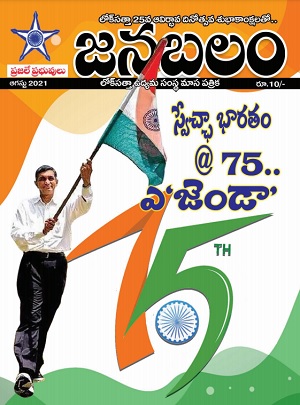