Over 75 lakh families are experiencing the pernicious impact of liquor consumption in the state. Government policies are encouraging many to become alcoholics, which is generating severe financial stress in many families. Increased consumption of alcohol is resulting in deterioration of health standards and early mortality. Tragically, children are paying a heavy price as they are left to fend for themselves. To address this sad state of affairs, Lok Satta government will implement strict measures to control liquor consumption immediately. 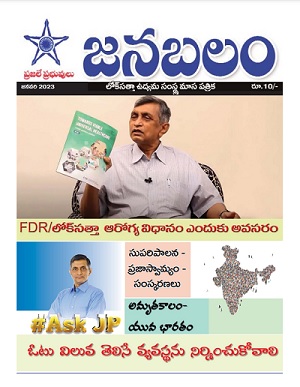