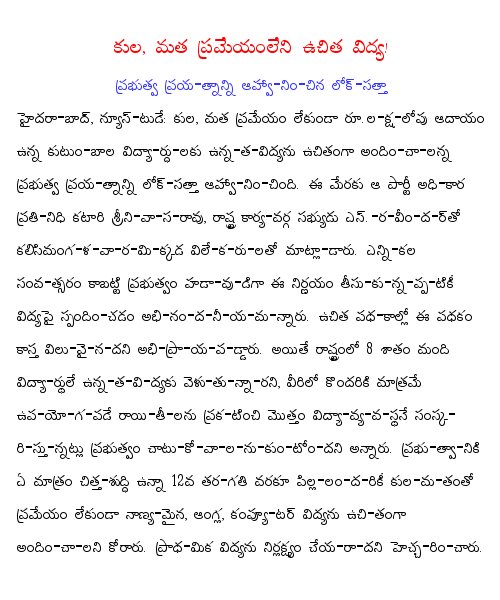 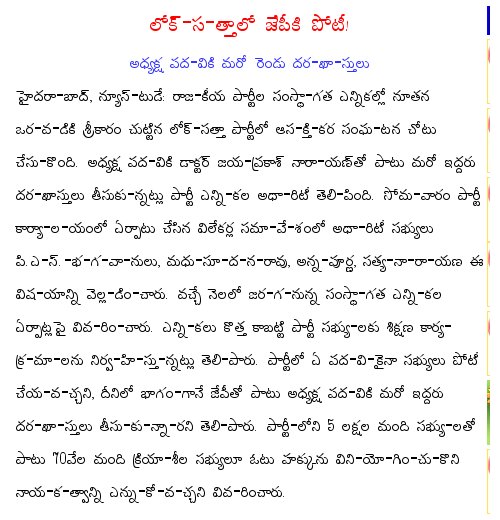 The Lok Satta Party today accused both the Union and State Governments of misusing the CBI (Central Bureau of Investigation) and the ACB (Anti Corruption Bureau) respectively to serve the ruling party interests.

Party General Secretary D. V. V. S. Varma told the media that the CBI had sought to drop investigation into a case of disproportionate assets against former UP Chief Minister Mulayam Singh Yadav and his kin at the instance of the Union Government. The same CBI had sought to reopen similar cases against Uttar Pradesh Chief Minister Mayawati in July 2008. Apparently, the Government wanted to reward Mr. Mulayam Singh for backing it and punish Ms. Mayawati for opposing it in the confidence motion on the nuclear deal.

In Andhra Pradesh, the State Government had watered down the powers of the ACB. In a recent instance, the Government prevented the ACB from pursuing a case of disproportionate assets against a motor vehicles inspector.

In contrast, Mr. Varma told the media, the Federal Bureau of Investigation in the U. S. arrested the Governor of Illinois on the charge that he sought to sell the U. S. senate seat vacated by President-elect Barack Obama to the highest bidder.

To prevent the Governments at both the Center and in the States from interfering in crime investigation, the agencies should be made totally autonomous, demanded Mr. Varma. Special courts should be constituted to go into corruption cases against politicians and top officials and measures initiated for the confiscation of ill-gotten properties. 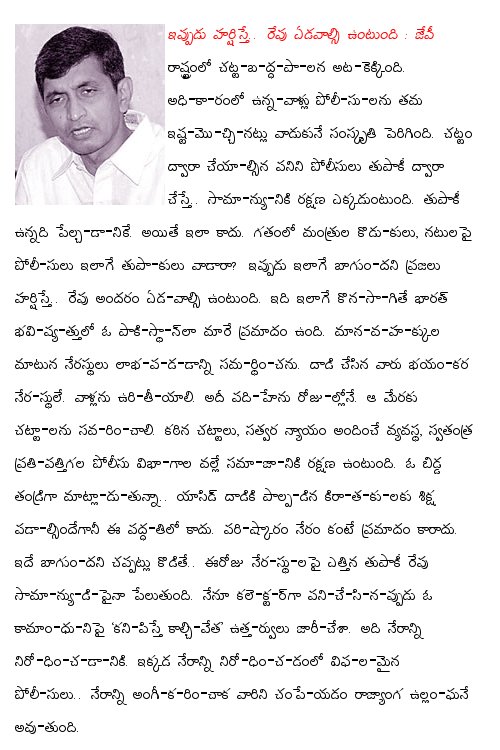 Hyderabad (PTI): The Lok Satta Party on Wednesday said it would give 33 per cent of seats in the ensuing elections in Andhra Pradesh to women and asked other parties to follow suit.

Saroja demanded that all parties allocate 33 per cent of tickets to women in the forthcoming elections without waiting for the passage of a bill to that effect in Parliament.

Separately, the party suggested that the state government and politial parties must strive for a political solution to the Babli project dispute between Andhra Pradesh and Maharashtra.

A political solution to the row is possible as Congress is in power both in AP and Maharashtra and in the Centre as well, the party said.

The construction of the Babli barrage and 11 other projects on Godavari river by Maharashtra has become a major issue in Andhra Pradesh with opposition parties taking it up in a big way.

The Telugu Desam Party (TDP) has resumed its agitation over the issue with a party delegation that left for Delhi yesterday to press the Centre on the issue. Chief Minister Y S Rajasekhara Reddy has met Prime Minister Manmohan Singh over the issue. 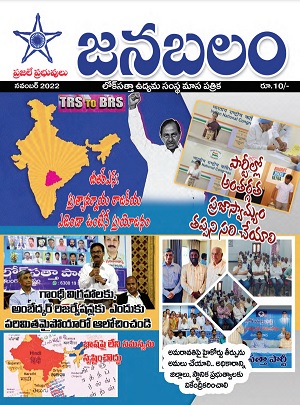