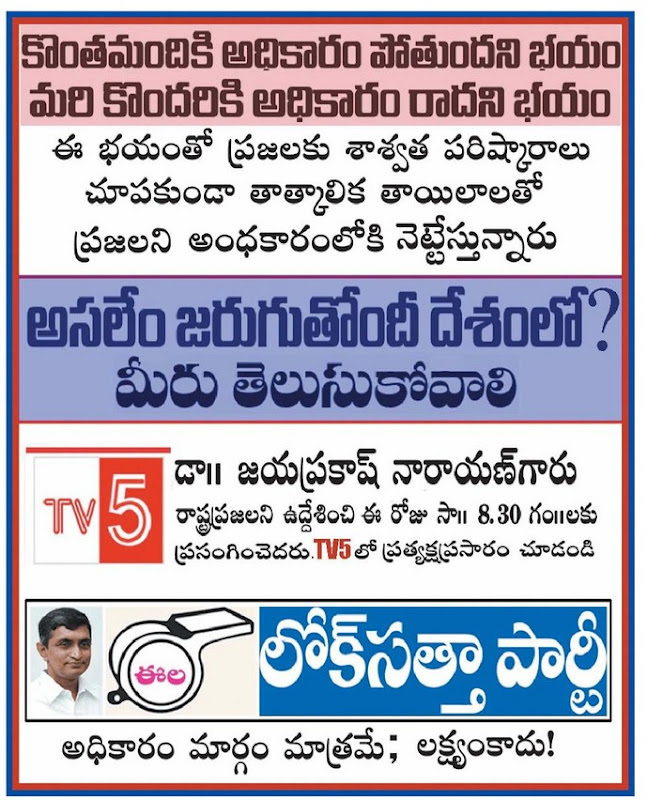 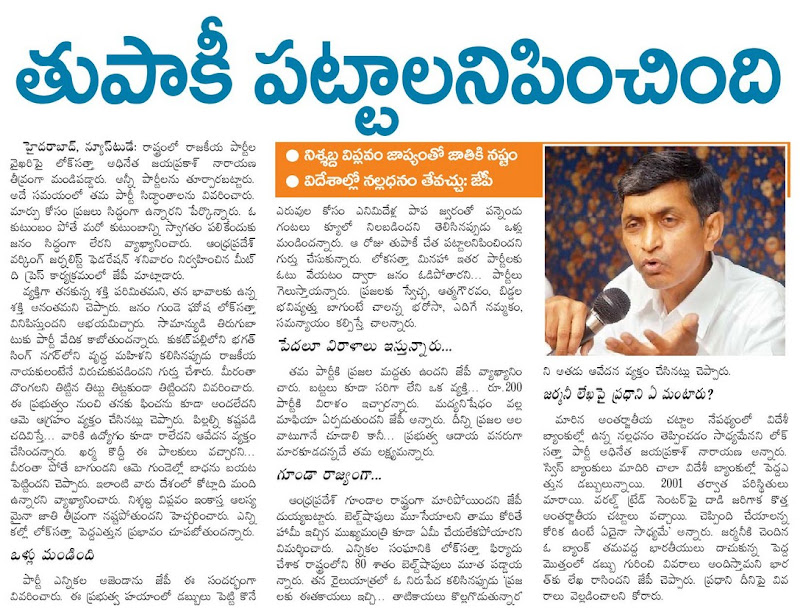 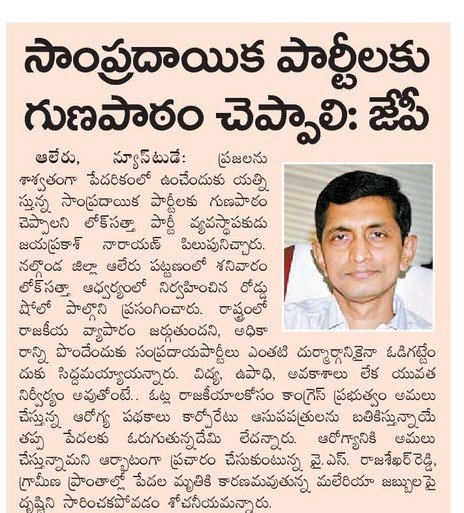 This is a press release from Jamat-e-islami.

Jamat-e-islami hind, the biggest muslim socio-religious organization in the country, has announced its support to Dr. Jayaprakash Narayan, as he is advocating a clean and value based politics.

Loksatta party made public its irrevocable and clear commitment in the form of its 50 garantees, which form the blue print of lok satta party's political and governance agendas. Lok satta party is un-compromisingly committed to achieve every single commitment listed within it. It is therefore our pleasure to inform you that the JIH’s People’s Manifesto and Lok Satta Party’s 50 Irrevocable Guarantees have much common, in terms of overarching political philosophy and governance agenda.

Lok satta party had a meet with the jamat president Mr. Malik Mostism khan and Mr Azharuddin media relations secratery at the jamats office, which was a great sucess. Mr Laxman Balaji, general secretary LSP represented the party and came on the understanding to work for the people of the nation for a corruption free country.

Later on, the jamat president Mr.Malik Mosatim khan along with the party senior members came to Loksatta office and had word of support with Dr. Jayaprakash offering their complete support to the party because of its credibility towards people friendly politics and a communal free ideology of the party. 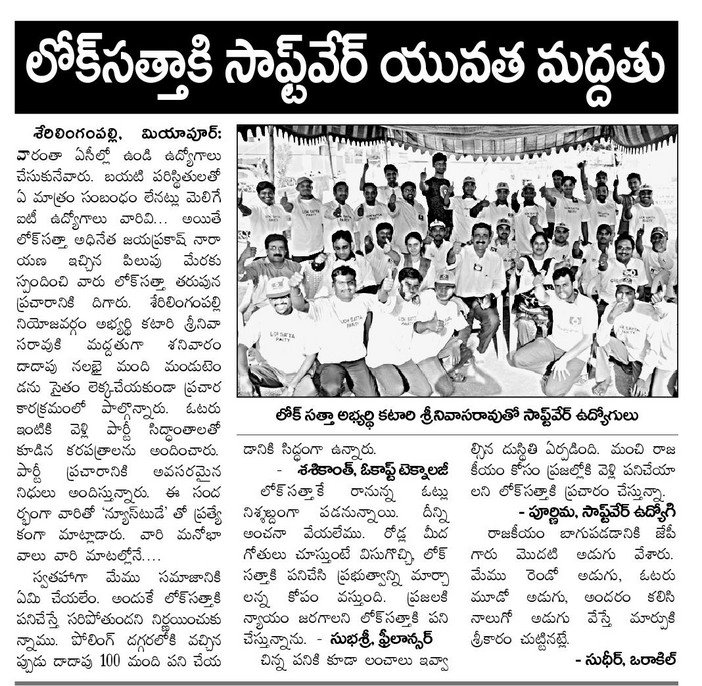