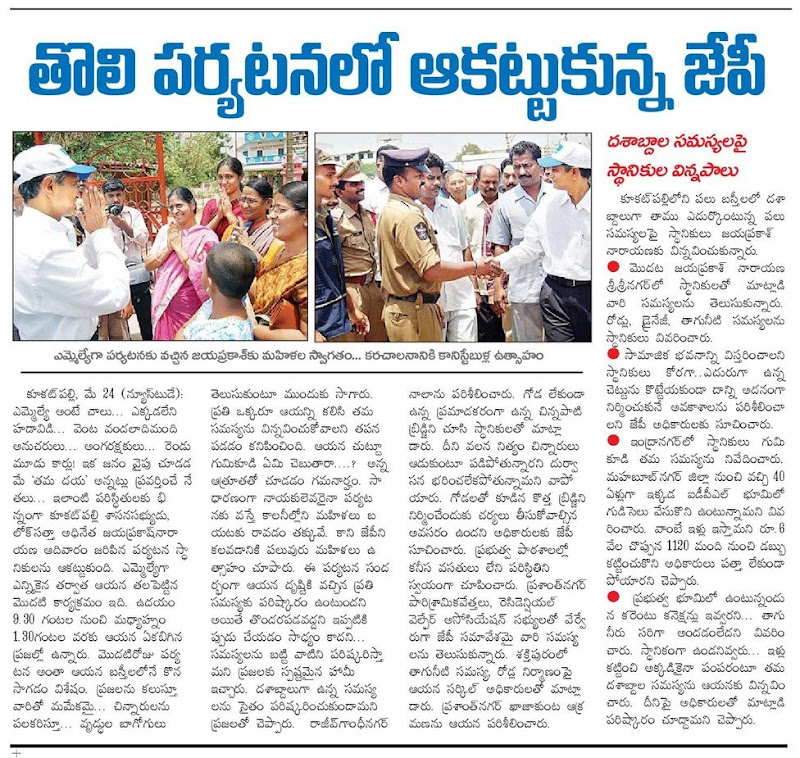 Lavu Rattaiah, the Lok Satta candidate from Malkajgiri Parliament Constituency, assured the people of the constituency that even though he lost he would continue to work for them.

“I didn’t bribe the voters by offering them money or liquor, but still polled almost 9 per cent of the votes. This shows that people are beginning to thirst for change,” he said. “Hopefully, by the next election I will convert my vote share to 20 per cent,” he said.

Rattaiah, chairman and managing director of Guntur-based Vignan Group of institutions, said at a news conference that he planned to provide free education in the slums in Malkajgiri.

“I put forth the proposal to the party and received encouragement,” he said.

But when pressed for details he said it was too early to give concrete details.

When asked if he played a spoiler to the TDP candidate Rattaiah disagreed.

“If I had not contested my votes would have been distributed between the TDP, PRP and the BJP, so it is incorrect to say that the the TDP lost in Malkajgiri because of me,” he said. When queried how much change Lok Satta could bring about with just one MLA, he said that the party could work among the masses as it had been doing till now. “We will pursue our ideology through other means,” he said. One idea he floated was adopting a village in each constituency and eradicating illiteracy from it. However, he agreed that to bring about statutory changes the party needed numbers in the Assembly.