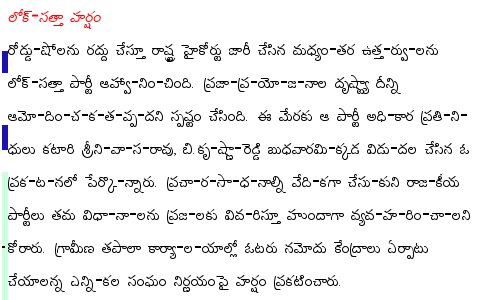 The Lok Satta district unit leaders staged a protest at the Ambedkar statue here on Tuesday condemning the remarks made by Major Irrigation Minister Ponnala Lakshmaiah against Jayaprakash Narayan.

“The Minister should answer to the doubts of people in a democratic way democracy rather than divert people’s attention by resorting to mudslinging.

He should explain how the lift irrigation projects are feasible,” Mr Rao said. The Lok Satta party demanded that the Minister come out clearly on the feasibility of Pranahita-Chevella project. The project was aimed at hoodwinking the people on the eve of elections.

As remarked by Mr. Lakshmaiah, the Lok Satta chief never objected to the lift irrigation projects in the State during his career as civil servant. “Mr Narayan has unblemished record as a civil servant and as a social worker now. Making uncharitable remarks against such a person is totally condemnable,” Mr Rao said. 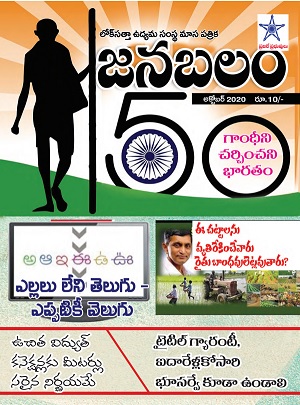