Justice B.N. Krishna opened his remarks by stating that Indian Judiciary is limping with shortage of Judges and not filling the much required appointments and this leads to shortage of Judges.  Each state has its own peculiarity, and having judicial cadre from Indian Judicial Service might not work as because of language barriers. In Israel and Japan common language and system helps with its national judicial service. Another important point to consider is to whom is Judge accountable to and how will one make them accountable. The best option is to have a judicial committee that oversees the working of the Judiciary. Personnel Management can be done with professional management staff with proven management skills. Teaching or training on the latest developments in the society including technology are important.

Justice Chelameswar stated that judicial selection process must be done with clarity and transparency. Judicial Accountability Act envisaged the problems and addressed them, unfortunately the Bill was allowed to lapse. Efficiency is what is needed to be focused in the judicial system. Bringing in more transparency in the court management process will help in decrease of the backlog of cases.

Dr. Mohan Gopal said that there is a massive body of information in the world on judicial accountability standards.  The legal profession is insulating itself from standards. The Justice Rankin Committee of 1920s has put down several techno-managerial standards which are valid even now. He added that we have enormously powerful judiciary with limited accountability standards. We need to democratize the judiciary and let standards and accountability flow from the overall values in the system. Lot of people are ‘Docket Excluded’ i.e cannot approach the court. There are 300 new cases in USA per thousand population and only in 3 to 5 cases per one thousand population in Bihar and Jharkhand.  We need to rethink and must understand that judiciary accountability in socio-political framework. The political class must take initiative to hold the Judges accountable using constitutional means.

Shri. Harish Narsappa agreed with what Mr. Mohan Gopal and suggested that Judge to Population ratio is not a relevant measure to evaluate judiciary and must be reconsidered.  He expressed displeasure that Judiciary seems to have lost the concept of time.  What is the point of serving justice after the time for justice has elapsed? Judges in our country work hard, but it does not translate into efficiency as judicial system is unaccountable.  Not a single innovation in the Judicial system has taken place since 1950 and we need an institution that cares deeply. The office of Chief Justice is transitory post and for a short time and justices want to move on to higher courts.  Subsequently, due to their short tenure, there is no ownership and accountability. In addition, there is no skill development of the judges to deal with the complex court management system.  Mr. Narsappa added that we need specialized staff to manage the court management system to dispose cases.  Accountability from a citizen’s perspective and not from Judiciary perspective is the need of the hour.

Dr. Jayaprakash Narayan clarified that the prestige about the All India Services attracts the best talent. The hope is that the proposed the proposed Indian Judicial Service will attract some of the best minds to join the service and add value to the system. Democratization offers the best solution, but currently the constitutional judges are not accountable in any meaningful way. 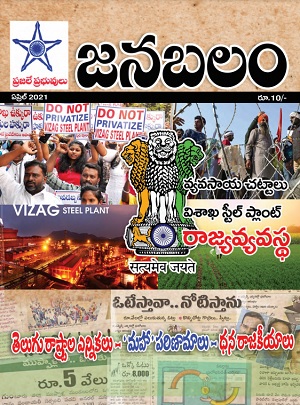