HYDERABAD: Is the State Government creating an unnecessary hype over the Pranahita-Chevella Sujala Sravanthi project and spending huge amount for the project which would serve no purpose? Yes, said Lok Satta Party president Jayaprakash Narayan.

According to him, farmers can lead a comfortable life if the Government deposits the Rs 38,500 crore in a bank and passes the interest to the farmers than spending it on the project. The State Government is spending Rs 38,500 crore for the Pranahita- Chevella project to lift water to a height of about 500 feet and irrigate 16.4 lakh acre in seven districts.

Assuming that there will be no cost or time overruns, the capital cost to irrigate an acre land will be Rs 2.5 lakh.

If the Government deposits the same amount in a bank and passes down the interest to farmers, they would receive about Rs 20,000 per acre at the rate of eight per cent bank interest.

"An additional amount of Rs 15,000 has to be spent towards electricity, operational and maintenance charges apart from an investment of at least Rs 10,000 per acre by the farmer for cultivating crop. I want to know which crop would yield an income of Rs 45,000 per acre, leave alone making profit," he asked.

He also expressed concern over the Government’s decision to allocate 3,375 MW for the lift irrigation scheme, while many villages are suffering without quality power supply.

Jayaprakash Narayan challenged Chief Minister YS Rajasekhara Reddy and Finance Minister K Rosaiah for a public debate on the project and to consider alternatives to the current policies of the State government for betterment of lives of the poor and needy.

He suggested the Government to spend the Rs 38,000 crore for development of infrastructure, industrialisation, agriculture and promotion of small towns and villages as the State is in financial crisis. 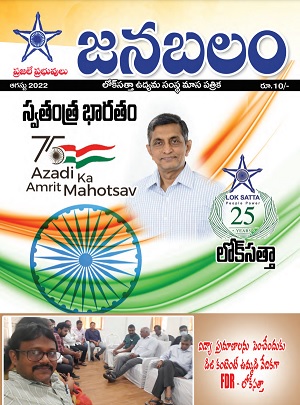